The thickness of seals and the seal material depend primarily on the usage conditions and the flange faces. The better the flange faces are with respect to surface quality and evenness, the thinner the seal can be. In this context, it is necessary to bear in mind that soft metals such as aluminium or copper require much lower surface pressures than harder materials such as steel.

The absolute level of the sealing forces can be reduced by using narrower seals. The use of profile seals instead of flat seals makes this possible.

In conventional flat seals, a slight twisting of the flange face can lead to sealing problems. The sealing diameter assumed in the centre of the sealing surface jumps to the dimension of the outer diameter due to the contact pressure. The lever arm ratio is unfavourably influenced by this. In addition, the now greater internal compressive force has a negative effect.

In the case of profile seals such as convex or round seals, a line contact sets in at first. The initially small contact area only expands once the tightening force is increased. This is why the screw forces are much lower than for flat seals. The resulting contact geometry has a self-sealing effect with high internal pressures. The sealing diameter is preserved and edge pressure is avoided.

However, it is necessary to bear in mind that narrow seals flow as a result of too high a tightening force and insufficient stability and can therefore cause a leak.

Similar sealing properties are demonstrated by the diamond seal, in which the edge can lead to the flange faces being damaged. The material of this profile seal should always be less hard than the flange material.

Seals with a convex profile are used where a pure flat seal cannot be sufficiently pressed, with the result that the sealing function can no longer be reliably guaranteed. The convex surface provides a higher surface pressure under identical fitting conditions. A cost-effective mass production for an automotive application is possible. 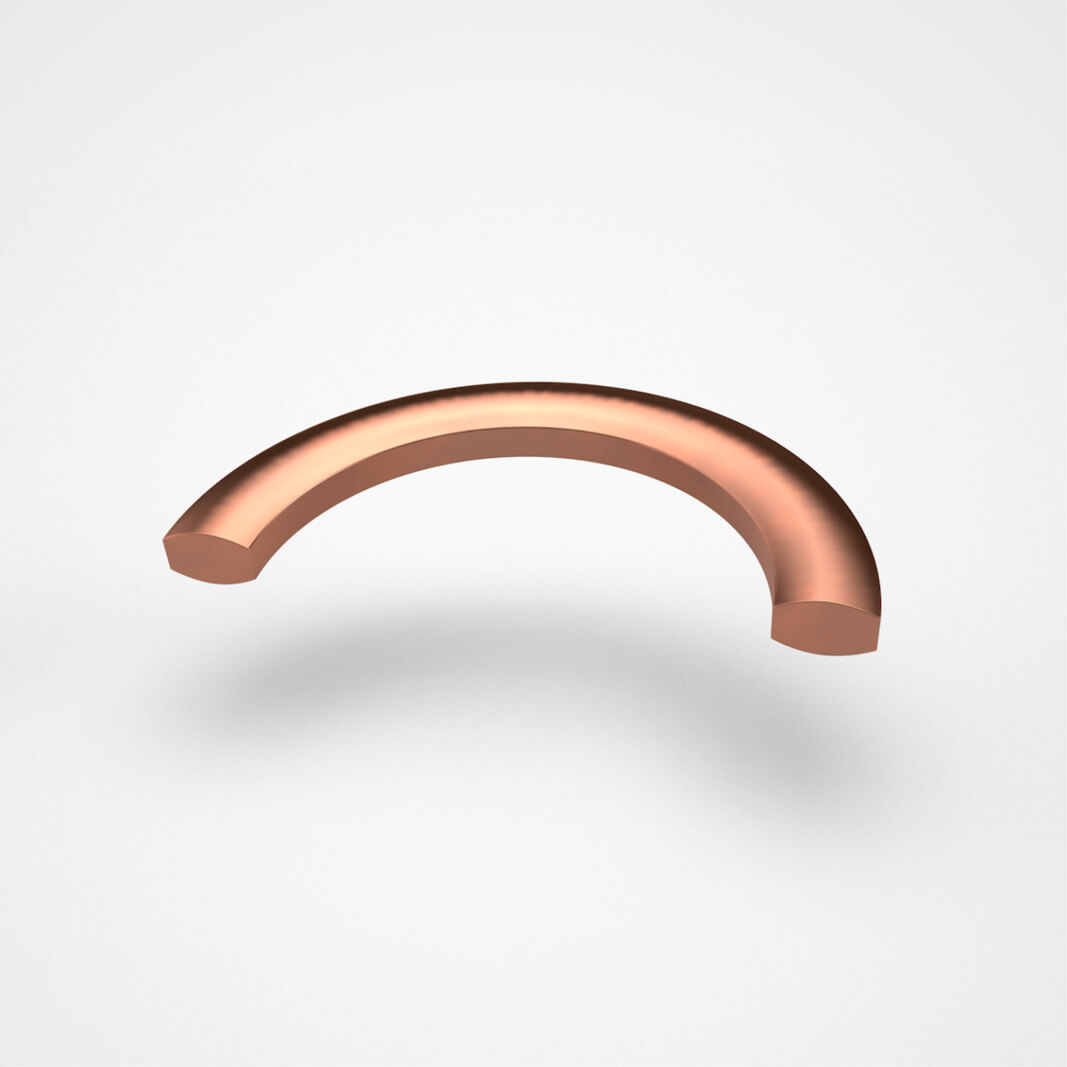 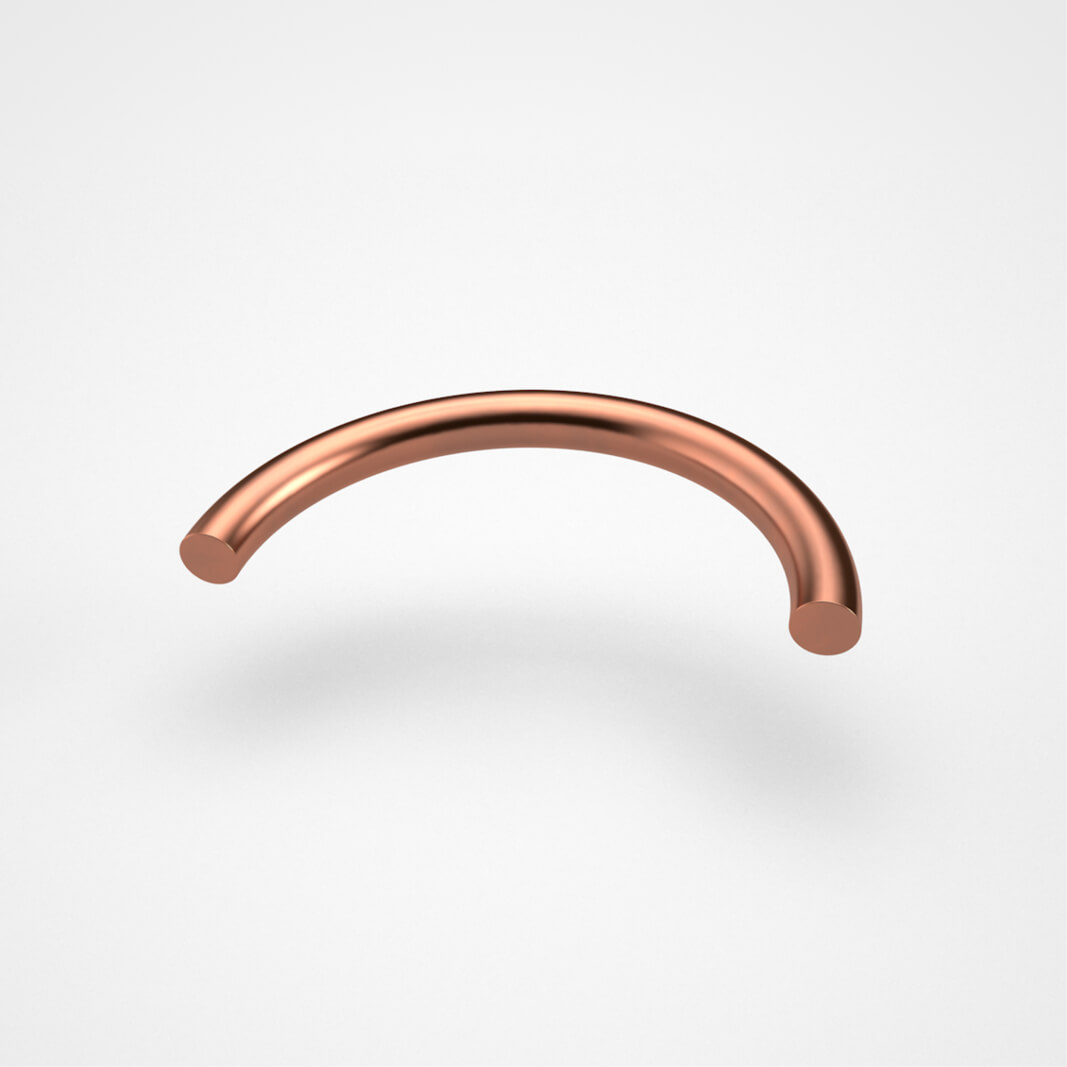 Round rings are used when it is necessary to compensate for large component tolerances. They are used in industry in the event of cross-sections > Ø 20 mm

Profile seal with a diamond cross-section

Seals with a diamond cross-section are predominantly used to seal off technical gases from the environment. A low permeability rate is achieved by the diamond pressing into the counterface. The pointed edge is a shut-off edge. 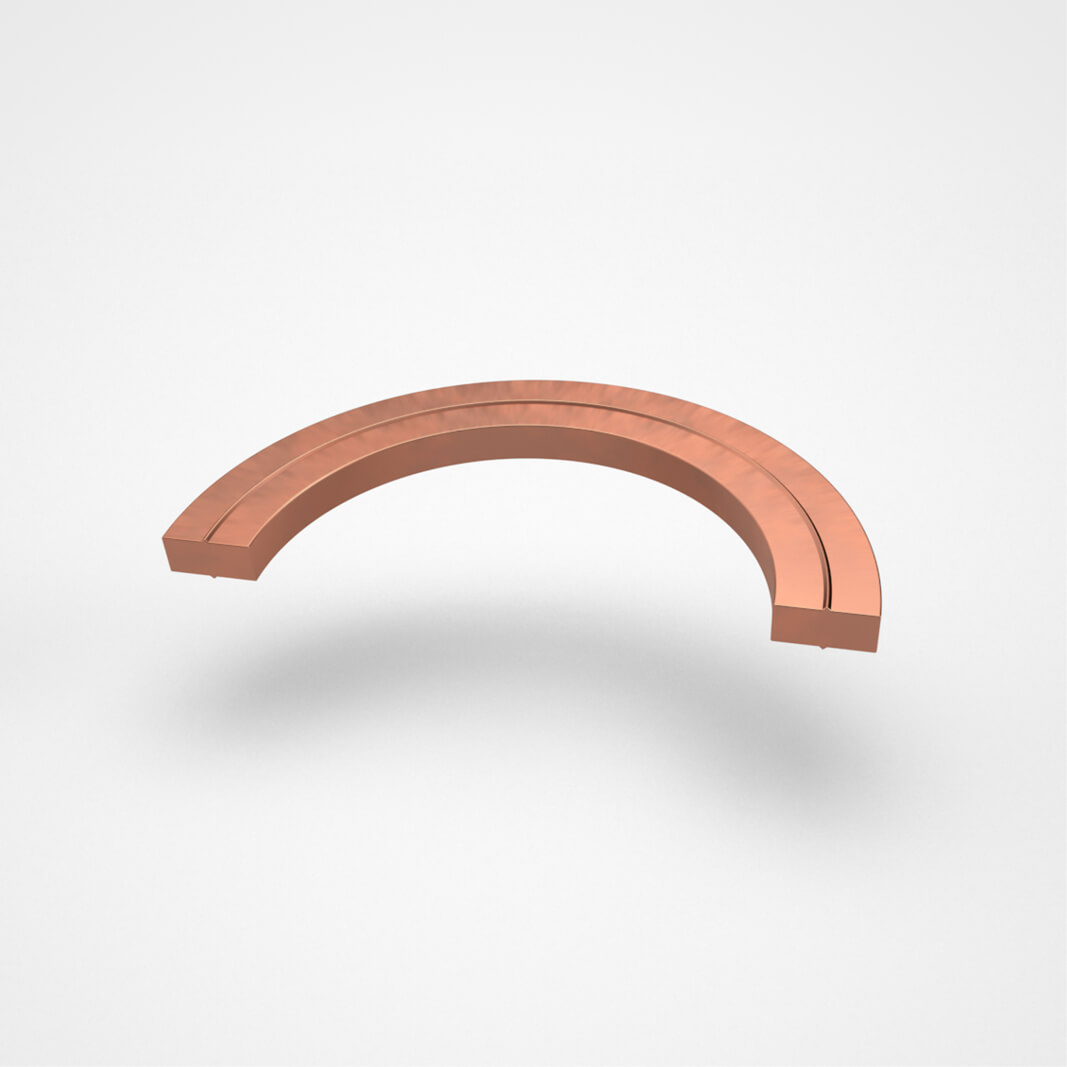 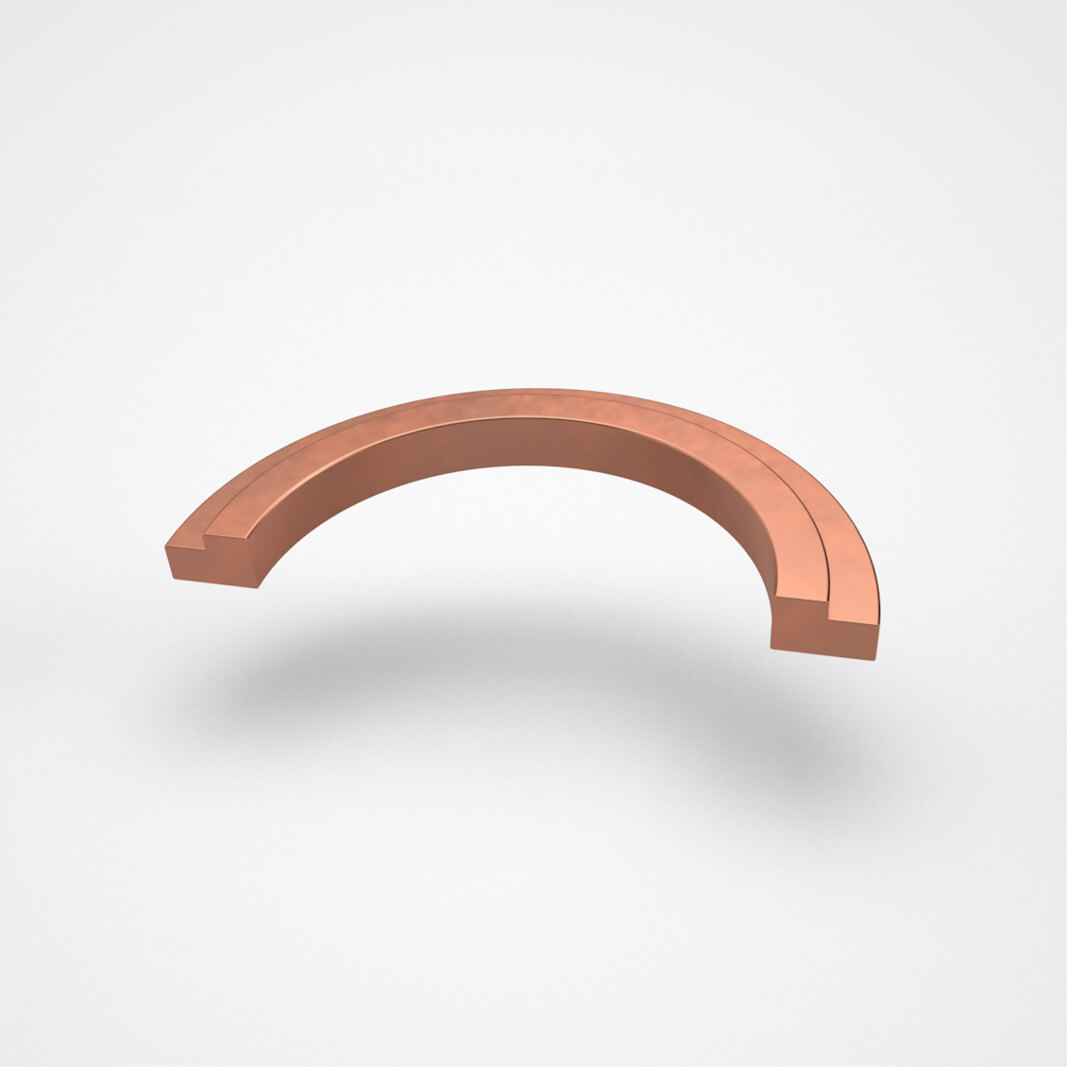 A stepped seal can also be used to increase the surface pressure in the sealing gap and thus to make a sealing function possible at lower screw forces.

Camprofile seals are predominantly used to seal off technical gases from the environment. A low permeability rate is achieved through cascaded serrations, each of which is a shut-off edge. 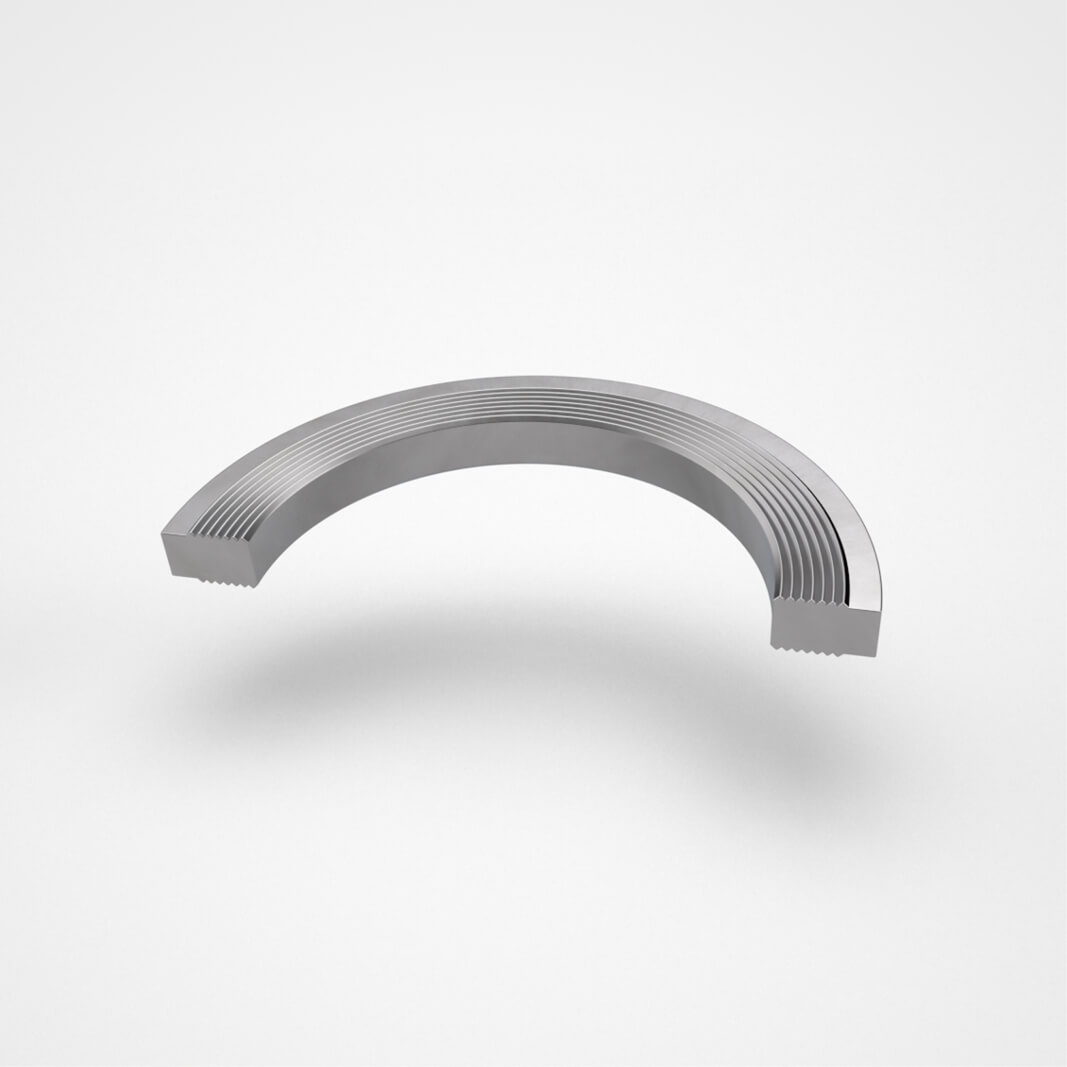 The stepped version performs a centring function. The number of serrations can be varied depending on the contact pressure available.

Looking for the right seals to use at high pressures and/or temperatures? Our metallic profile seals are the right choice. We store most of our standardised products in an unfinished version in order to meet your individual requirements quickly and flexibly.

According to the customer requirements, we can also carry out electroplating or heat treatment. We offer this primarily for seals made of harder metals, for which a coating made of copper, tin or nickel can significantly reduce the necessary sealing force.

We’re here for you